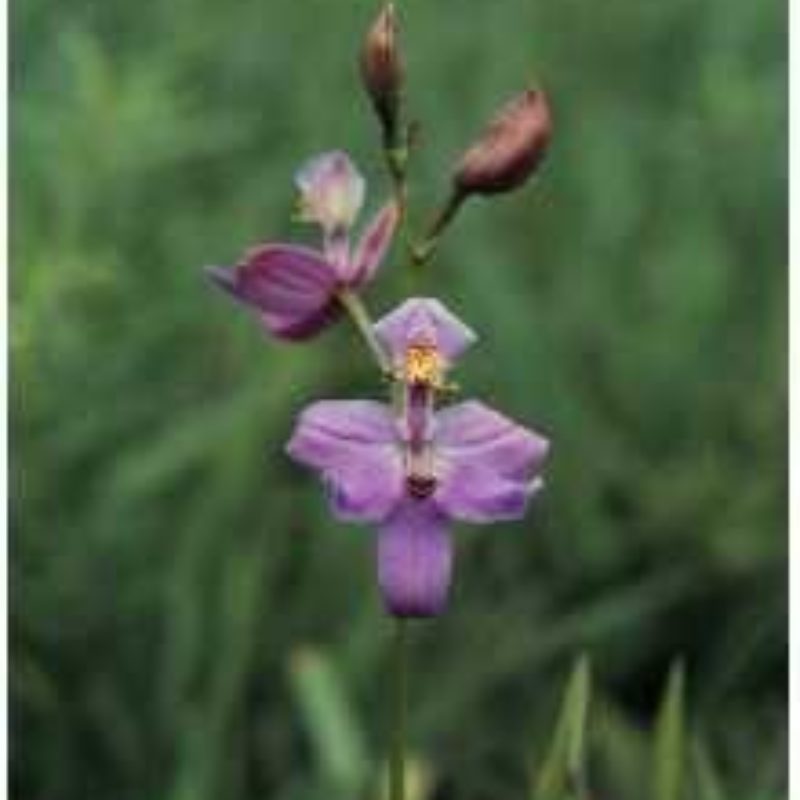 More from the USDA

Oklahoma Grass-pink was recognized as a new species only recently, in 1994. Initially its range was considered restricted to south central US, but subsequent herbarium investigations expanded that range into the Upper Midwest, including Minnesota. According to Welby Smith's book 'Native Orchids of Minnesota', the most recent MN specimen dates back to 1884, and while verification via specimens 130 years or older leaves some room for doubt, it is more than less accepted as native to the state but likely long extinct. While the enigma of extinction diminishes the likelihood of new modern discoveries, such events do occur with some frequency for numbers of species and would certainly be an exciting discovery for a lucky field botanist and a great pleasure for the rest of us. Very similar to Tuberous Grass-pink (Calopogon tuberosa) with which it was once lumped, it can be identified in the field.