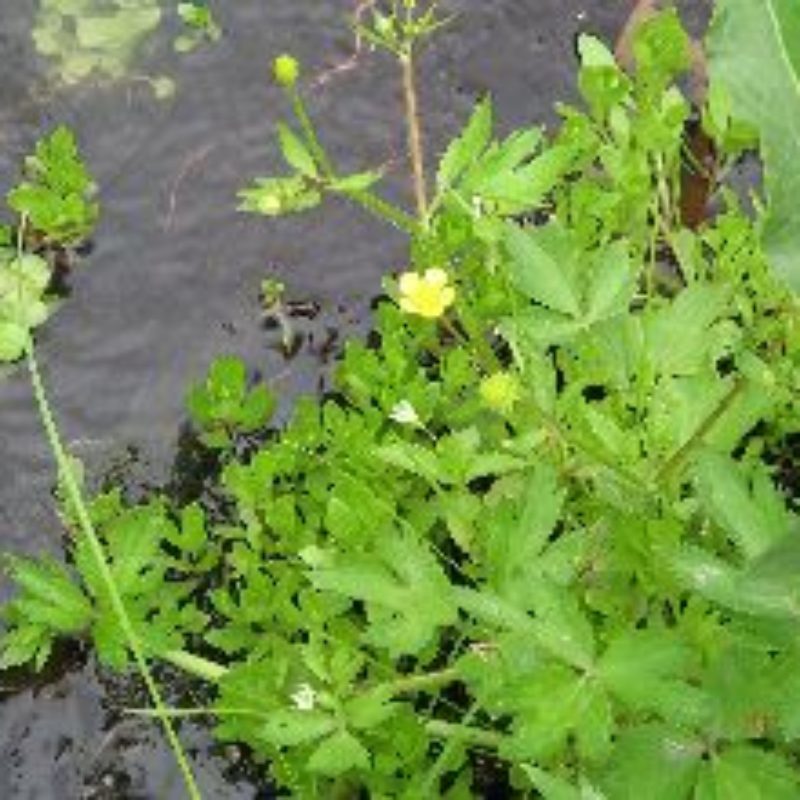 More from the USDA

With relatively ample wetlands and marshes to provide for some representation across the state, Macoun's Buttercup's range restriction to NW Minnesota and westward would seem to be some indication of a preference for cooler latitudes and more alkaline soils. Within that range in Minnesota it is by no means abundant. It does bear some resemblance to two other native buttercups, both of which are more prevalent in eastern and southern portions of the state. Pennsylvania Buttercup (R. pensylvanicus) is similar in size and leaf shape and also has bristly hairs throughout, but its stems tend to be less stout and do not root at the nodes, and its flowers are half the size, with small round petals and a cylindrical seed head. Hispid Buttercup (R. hispidus) has very similar flowers to R. macounii, somewhat the same stature and leaf shape, and as it name suggests can be quite hairy, but its stems are typically more slender and more spreading to ascending, densely hairy when young becoming nearly smooth with age. Its leaves are also more evenly divided into three main segments that are also more regularly incised into smaller lobes or just merely toothed where the lobing of R. macounii leaves is more irregular