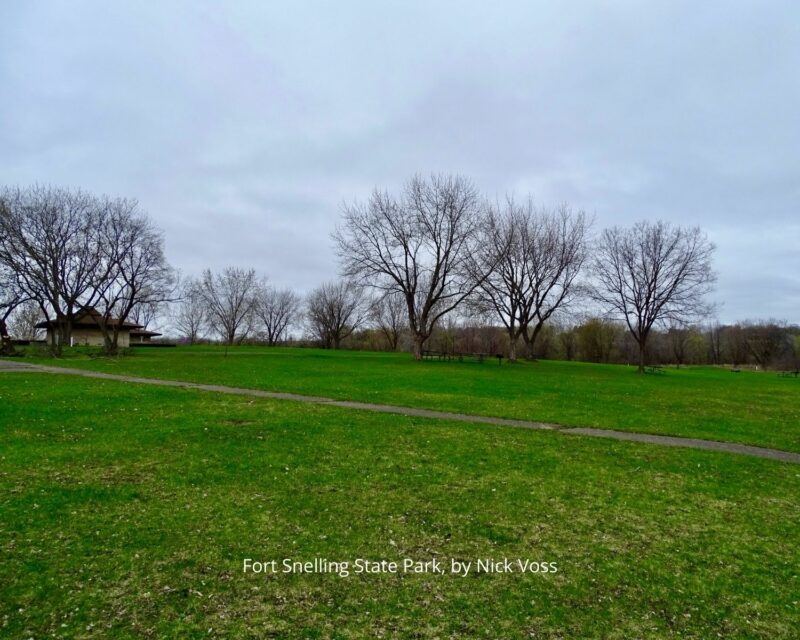 This is a story of a day camp at Fort Snelling State Park, but it’s also a story of the cosmos, and of owls.

Six loaded buses from a Minneapolis Public Schools summer program pulled up to Fort Snelling State Park. It was a sunny, humid day in mid-July. I was part of a small team of mostly white staff waiting to greet hundreds of students, mostly students of color. Soon they’d shuffle from the buses to a large open field. A full day of hiking, fishing, Minnesota history, games, and canoeing was in store. Some students stepped off the bus with excitement and clustered into friend groups; others timidly wandered or stopped at a standstill, on their phones, unimpressed by these strange new surroundings.

Most students seemed wary of us staff members. To them our enthusiasm must have been over the top, with our matching shirts and neon hats. It became clear from the rumblings that this was a required summer school activity, the one before going to Valley Fair. In the face of this fierce competition, our goal seemed daunting: to convey a message that this public outdoor space belongs to everyone, regardless of race, class, language, or gender expression.

I tried not to entertain the jokes of horror movies and monsters bursting from the brush. One distraction could be enough to derail a whole activity.  As I tried to re-think my introduction and adapt to the audience, new questions arose. Did they trust us staff in our neon hats? Did they trust this park and those who represented it? Could this trust even be established in a single day? What if I was just not cool enough?

But there was little time to unpack these questions. Lunches were stored like a sudoku puzzle, and we quickly divided into small groups near the beach pavilion. When staff told the students that my group would be doing a nature hike, everyone turned to me as if waiting for a punchline. I introduced myself with some awkwardness, aware of the cultural differences and language gaps. Closed body postures, several side conversations, sarcastic laughter, and folded arms hinted at the skepticism in the air: my nature-enthusiast persona wasn’t resonating. This left me timid, hyper-aware, and nervous that they might shut me out, or worse, that I might taint their experience of Fort Snelling — or even public lands and natural areas — altogether.

Seeing no way out, I fully embraced the role of goofy nature geek as I demonstrated the only icebreaker I could think of. I placed my hands out in front of my face with arms outstretched. We took a deep breath together as I invited everyone to relax. I did my best to assure everyone that they were safe, and that nothing would sting them as long as we were calm (the mosquitoes weren’t helping my case). Next, we all moved our hands outward side-to-side, slowly, paying attention to how far our hands could spread yet still stay visible in our peripheral vision. Surprised, the group broke into laughter and several shouts of “whoaa!” I explained that in a world of screens, we tend to spend our days focused on what’s right in front of us instead of using our whole field of vision. As several pairs of eyes started to glaze over, I quickly remembered the delicate balance between experience and being talked at. It was time to get hiking. 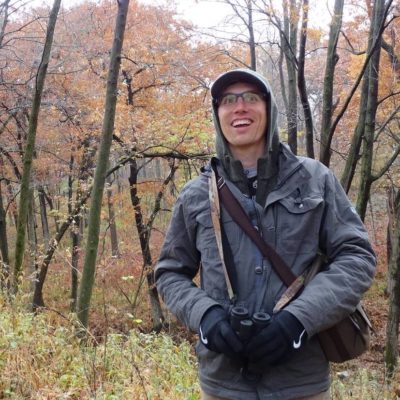 Years later I came across the writings of Howard Thurman and realized the depth of this simple hand/eye exercise. Thurman’s numerous volumes on race, justice, spirituality, and the human experience helped me to open my eyes to the subtle ways that human potential is either expanded or limited every day. Little did I know, this quick ice-breaker could provide a flip from a limited attitude to an expansive one. What was soon to follow was a vivid example on how attitude shapes how we engage with the environment. When the students could experience their surroundings from a sensation of expansion, discoveries were made. For that moment, in a small way, nature represents not just a mosquito- or bee-filled playground for white folks, but an embodying of the senses, an opening of access, and a pursuit of empowerment.

Thurman’s work is heavily philosophical, and in many ways he’s considered a key thought leader behind the civil rights movement. While writing on morality and universal themes such as justice, he also connects nature directly to the human experience. Unlike the roots of American environmentalism, where “nature” is here and “people” are over there, Thurman’s framework doesn’t isolate nature. Instead, he integrates it much like an Indigenous lens. In The Search for Common Ground, Thurman explains the “cycle of the cosmos” as an unfolding process of creativity and an unshakable standard for every person. The cosmos is all one system to which we’re intimately bound, and it seeks to know and experience itself. By default, nature seeks whole-making. It seeks a boundless realm with the ability to create, conceptualize, and function purposefully. In contrast, traumatic experience limits whole-making. It warps the environment, one’s sense of place, reflecting a limited potential back to the individual.

“…wherever citizens are denied the freedom of access to the resources that make for a sense of belonging, a sense of being totally dealt with, the environment closes in around them, resulting in the schizophrenic dilemma of being inside and outside at one and the same time. Or worse still, they are subject to the acute trauma of not knowing at any given moment whether they are outsiders or insiders. Such is the terrifying fate not only of the Afro-American but also the Mexican-Latin American, the American Indian, and all those ethnic strains that make up the co-called Third World.”

Once we were actually hiking, a student used re-discovered vision skills to spot a pair of baby barred owls fledging from their nest. Hopping around on the scraggly silver maple branches above the path yet still sticking close to the nest, they tolerated the small crowd and curiously peered down at us. Suddenly we were quiet. Our heads all tipped back with mouths agape, as if this were an agreed-upon owl-viewing posture. Every student that day, many for the first time, were able to see owls up close. As the group moved on to the canoeing activities, a new sense of excitement buzzed through the air. For some, the owls were just neat. But for others, something deeper was happening. For these students, the owls were a small but crucial outlet to transcend, as Thurman describes it, “boundaries that limit.” 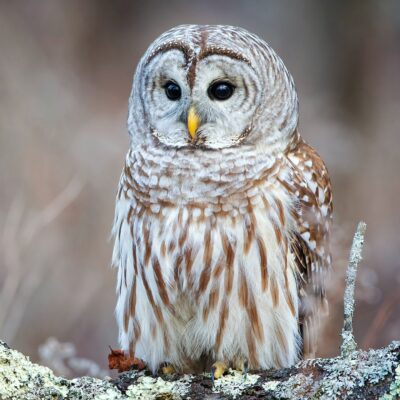 As the staff first greeted the students that day, a boundary was apparent in spoken and unspoken ways. My notion of nature did not match the students’, and this revealed my unseen assumptions. My packaged notion of nature, and thus my ego, was in the spotlight. It’s a place we’ve all been in, when a discomfort arises at the realization that you may not hold the same attitudes as others. Why couldn’t everyone share the same innate appreciation for parks and natural spaces? Surely if everyone would just meet me halfway, I’d be comfortable, and we’d all be comfortable, and we’d all just enjoy nature, right? I saw how my insistence on everyone to jump to my insider space lost the pursuit of whole-making. I was wielding a boundary that limited another’s experience of place and space.

Thurman challenges me to consider the experiences that many of these students brought to the park. Despite what I thought was a welcoming persona, many who were closing off were experiencing mixed messages of” insider” and “outsider,” and here they felt like outsiders. For whatever reason and from whatever experience, they carried this with them stepping off the bus. When this dichotomy in itself is recognized as traumatic, opportunities for whole-making present themselves. Instead of piling on “insider” messages that expect students to observe nature, pay attention, and be like me in all my accessible comfort, whole-making would seek to gently dissolve the impression of outsider.

It was honestly more happenstance than intentional place-making, but it just so happened that the hand/eye exercise of spreading one’s hands out, breathing, and noticing that extra peripheral vision, was one of several outlets to usher more trust into the space for students and staff alike. The teachers, with their relationship with the students, helped. Even the bus driver helped shape our experience of place. The biggest and most influential part was of course the owls themselves, but perhaps the exercise helped us all see the owls more clearly.

When it came time to say goodbye, a handful of students laughed and thanked me as they lined back up for the bus. This time, their postures radiated something different. Folded arms and tense shoulders were nowhere to be seen. Space had transformed from horror movie references to gratitude and fist bumps. We changed, and nature changed with us.

In the wake of a tumultuous 2020, many of us are grappling with the legacies of racism and colonialism, and how to confront our complicated participation with them. I grapple with how white culture accesses nature from a notion of expansion and belonging, yet legacies of generational trauma can twist that same nature into a place of distrust or even danger. Such was the case when several Black students that day referenced horror movies while in a forest, and associated trees with the triage of an emergency room. It happened so fast that it seemed natural, as if there was nothing there to reflect on or no reason to ask where this jarring sense of place came from. But this is just the boundary that Thurman was illuminating and working to unpack.

I can’t help but wonder how Howard Thurman would approach the tragedies of 2020, let alone the plague of violence that preceded it since he passed in 1981. Where is whole-making in the scrutiny and analysis that follows a police shooting? Before a tragedy or the moments leading up to it, does space expand or limit? How would a practice of whole-making, of allowing the cosmos to creatively encounter itself, change the experience and the decisions of those involved? How would it change our reality?

On a recent hike I find myself back at Fort Snelling State Park and think of the youth from day camp years ago. I’m alone on the trail, yet not alone, accompanied by story living in place. I pause to reflect on whether I’m merely cleverly navigating boundaries that limit, mistaking them as some sort of rule of reality, or if I am practicing whole-making. For now, I start again by recalling a student who would shout “What are those!?” on the hike. My stoic nature mindset is shaken, and I chuckle at the thought of this place amplifying her sassiness.

Maybe the students remember me in my neon hat, maybe not. Maybe they’ve found a new park or a new story with their family. Perhaps they found other symbols, animals, or experiences to guide their pursuit of the boundless, creative cycle of the cosmos. At least for that day, for staff and students alike, we had a clear reference point.